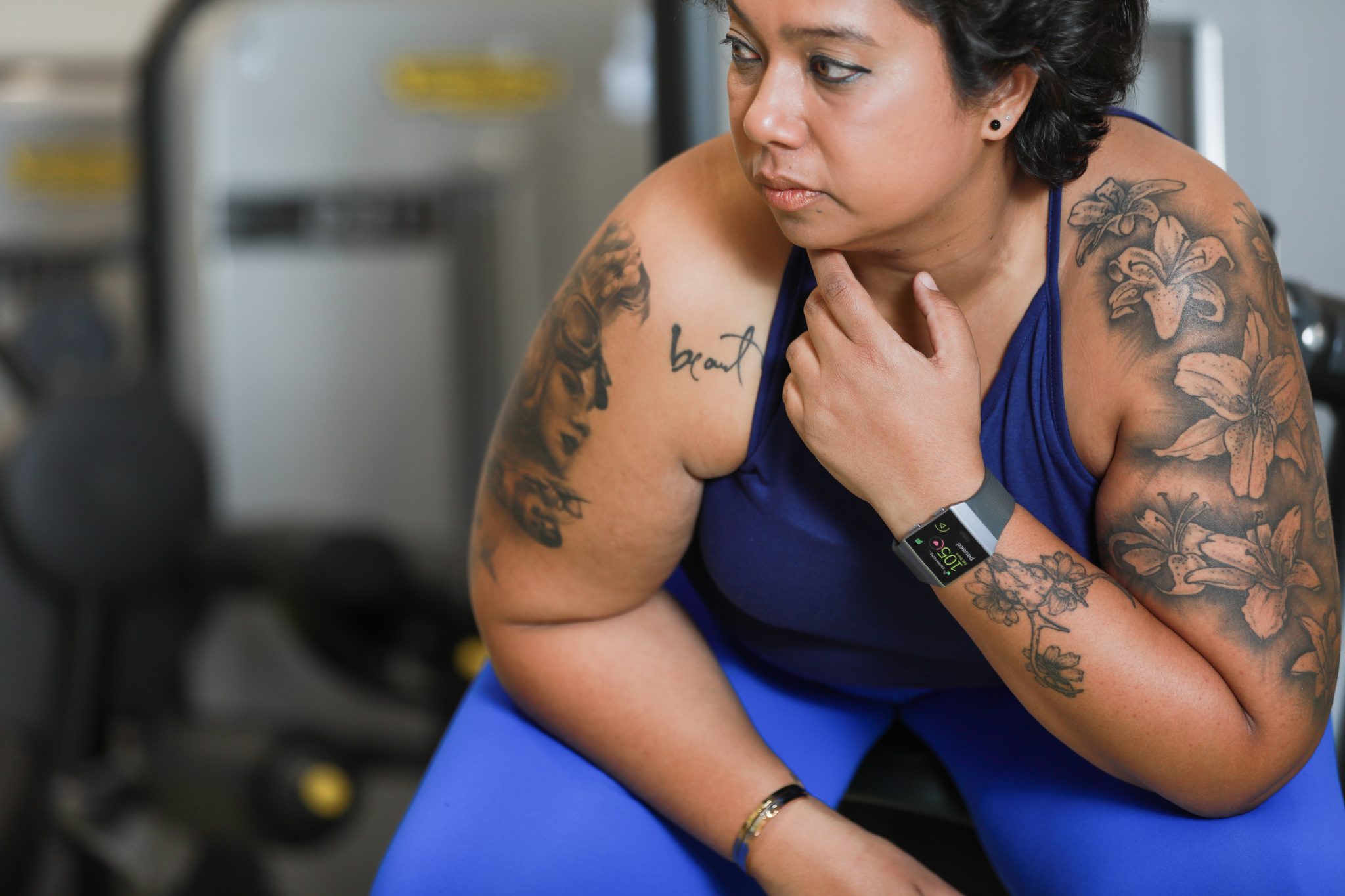 My Love Affair with Fitbit Restored My Health

After being diagnosed as chronically ill in December 2016, the decision to fight for my life saw me embrace an immediate lifestyle change.  The thought of my children growing up without me was something I just couldn’t fathom.  My love affair with Fitbit has helped me restore my health.

Expeditious action was required, so I made the decision to join the gym on 4 January 2017. I also began exercising and eating right.  I’m 41 and to be honest the tech generation was never my thing, but I needed something to help me track my physical activity.  A month into my journey I decided that it was worth giving a fitness tracker a try.  Absolutely clueless in this department, I did my research and due to the fact that just about everyone was talking about fitbit I decided to go with it.  To be completely honest, i’m a skeptic so instead of buying a new Fitbit, I opted to buy a second-hand one to determine if this was really for me.

A few days had passed and it was final, a Fitbit was for me.  Off to the shops I went and bought myself a brand spanking new Fitbit Flex.  I loved everything about it, from the tracking of steps to the tracking of the food I was consuming, plus I could swim with my Flex.  The highlight for me was the sleep tracking on the app, which was a huge wake-up call (excuse the pun).  Fitbit helped me realise that I was ony getting 1.5 to 2.5 hours of sleep per night.  I literally trained my body to get more sleep thanks to my Fitbit.  I’m happy to report that I now get approximately 6 hours of sleep per night, which plays a vital role in productivity as well as achieving my weight loss goals.

I was so impressed with my Fitbit, that I bought the Charge 2 for my eldest son (age 14) and myself.  Yip, you heard right … another upgrade for me. I also bought the Alta HR for my 10-year-old. It’s important to keep in mind that under Fitbit’s Terms of Service it states, users under 13 years of age are not allowed to have personal Fitbit accounts.  If you do want to sync your kid’s tracker with the Fitbit app, you will need to create your own account and let him or her access it that way.  Buying Skylar (10) a Fitbit has seen him lose 4kg and seriously improve his fitness level.  To be honest, we don’t fully utilise all aspects of the Fitbit for him, he is extremely aware of the number of steps he gets in every single day.  This little one racks up approximately 25000 steps per day.  On days when he gets home from school and hasn’t reached his target, he’s sure to head outside to kick around a soccer ball so that he can get those steps in.  Ashton (14) who was diagnosed with anxiety disorder utilises the Relax mode which really helps with his anxiety levels.  If that wasn’t enough reasons to own a Fitbit, well its made this fit family super competitive with us trying to beat each others daily steps or times when we do races.

My Charge 2 was amazing and I had absolutely no issues, but due an injured right foot I needed to take up swimming. Monitoring my training which now includes my swimming was vital, so the Fitbit Ionic was next on the list.  The Ionic is everything and more. 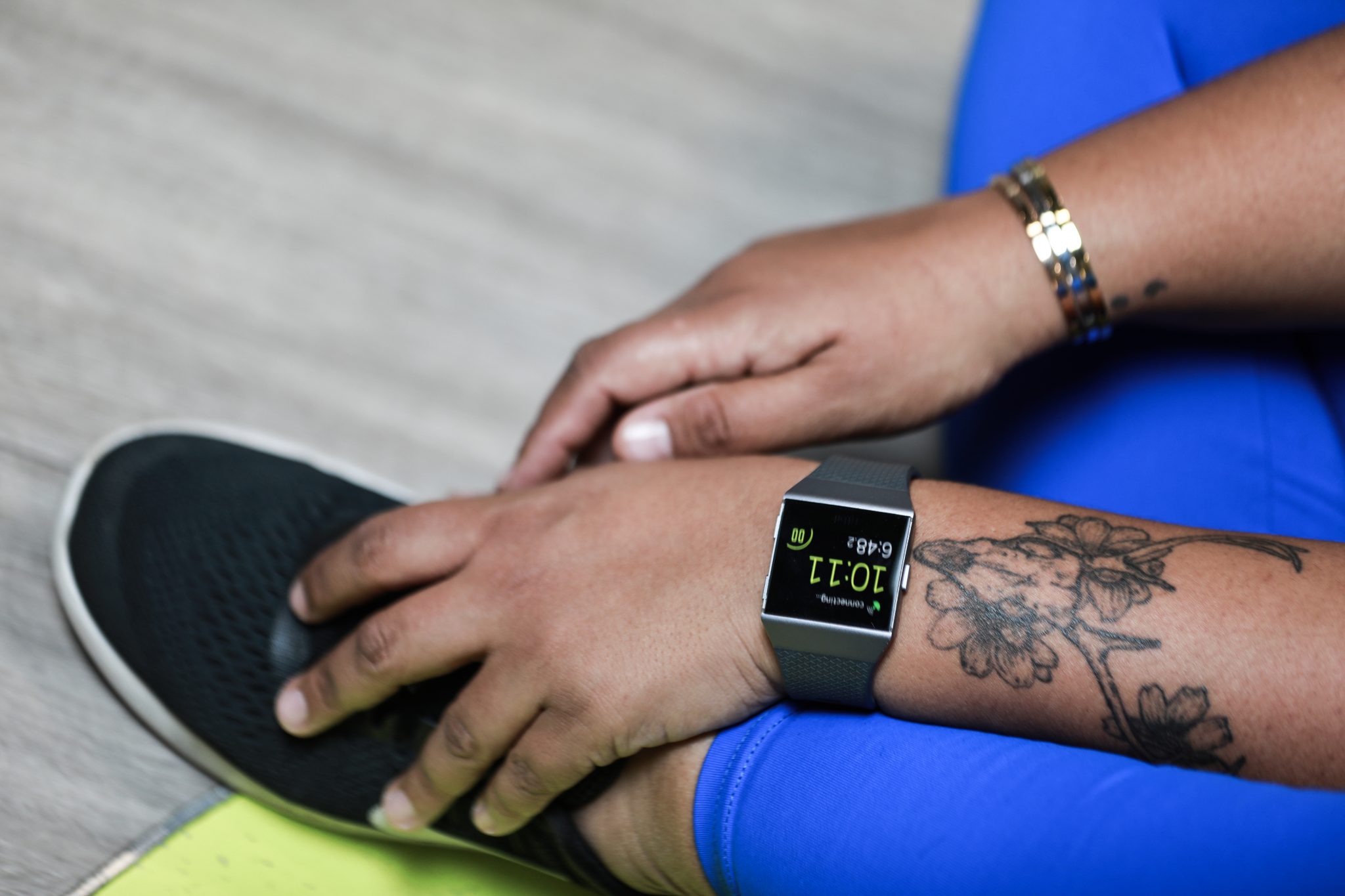 The Fitbit Ionic is more than just a smartwatch, it’s been quoted as the first 24/7 smartwatch.  From the time I wake up to the time I go to sleep, my Fitbit doesn’t leave my hand.  Okay, I take it off to shower (but don’t necessarily need to).  The Fitbit Ionic tracks calories burnt, stairs climbed, exercise, resting heart rate, sleep and the latest addition to the app means that you can track your period too ladies.  I even set notifications to keep me on track throughout my day. All of the above and the battery actually lasts approximately 5 days thanks to the impressive battery life.

The Ionic is a big bold statement piece and even though it looks like a fitness tracker, I still wear it with my formal wear.  I mean, I am a fitness girl after all and fitness is a lifestyle.  Straps can be changed so you do have options.  The large screen has impressive clarity and the swipe and tap functions on the screen are effortless. Then there’s the Fitbit app which is pretty amazing and provides your stats without any effort.  It even allows you to change your digital watch face, which keeps things fresh and exciting.

The addition of Exercise mode means that the Ionic automatically recognises a host of different exercises, from running, cycling, swimming, treadmill running, weights, interval timer and workouts.  Theres a host of dedicated apps that can be utilised with the Ionic.  Deezer and Strava are definite highlights for me.  In addition to that, your watch stores up to 300 songs on it.  The built-in Coach app is Fitbit’s personal training app, which offers workouts of varying difficulties and duration.

Life without a Fitbit

21 months after I bought my first Fitbit, I honestly can’t imagine life without my Fitbit.  It  has been life changing and has seriously helped keep me on the road to smashing my goals.  I’m mindful of my body, what it does and what it needs thanks to the use of a Fitbit.  I’m 22 kg lighter and have dropped 6 dress sizes.  Sounds impressive right, but I still have 10 kg to go, so watch this space as I smash my goals as I gear up for 2019.

My love affair with Fitbit has helped me restore my health and I have to admit that Im a huge Fitbit fan.