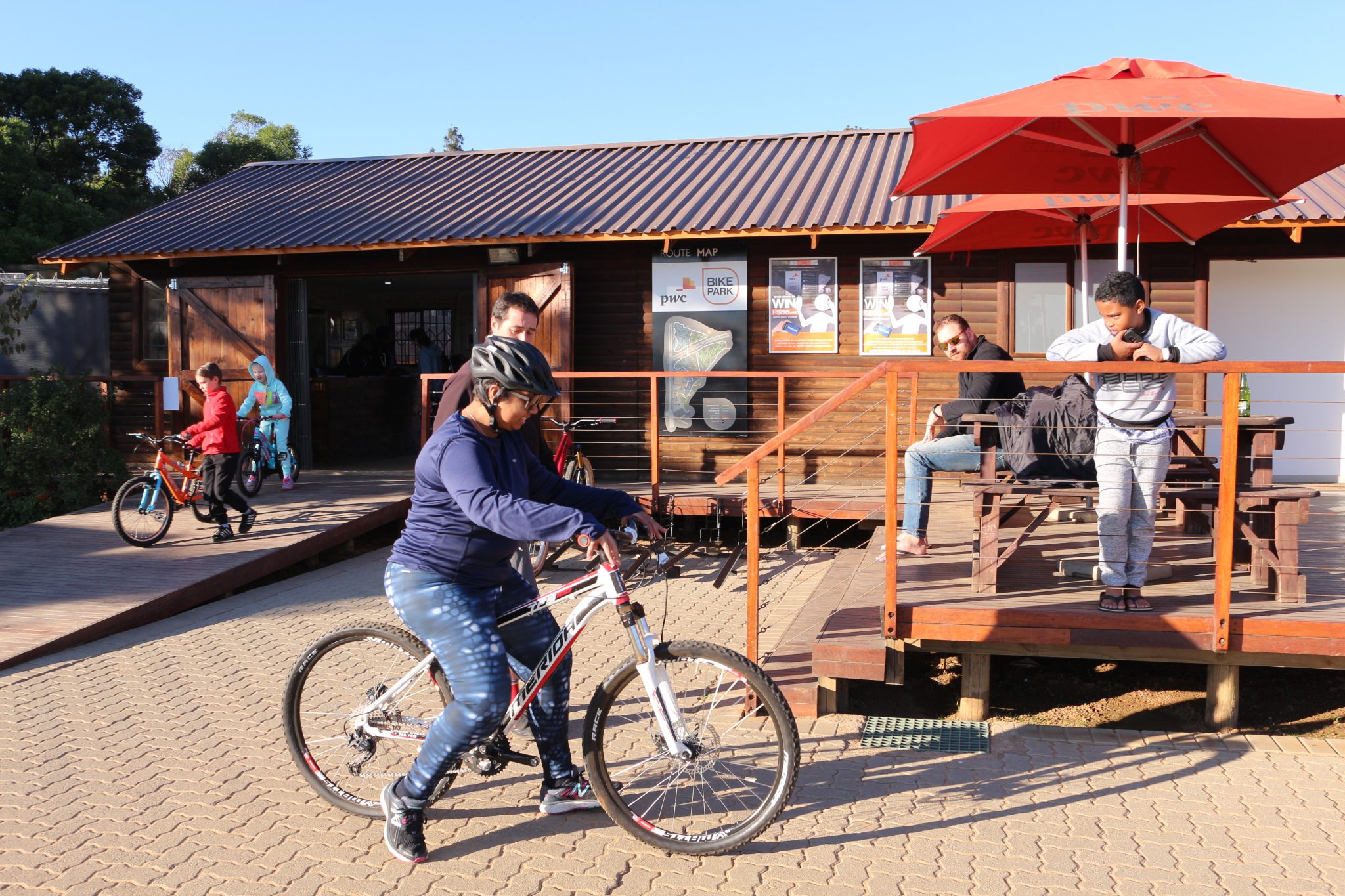 Fit Like Mummy Learns to Ride a Bicycle at 40

Four decades on this planet and I still can’t ride a bicycle. Seems like such a waste really so it’s time FitLikeMummy  Learns to Ride a Bicycle at 40.

Why I can’t ride a bicycle?

I must tell you guys, I did have a bicycle as a child when I was 6 years old. Shortly after receiving my bicycle my dad passed away and for some reason unbeknownst to me, I was not allowed to ride that bicycle anymore.  Then, 18 years ago I decided to try again. What possessed me to ask my fellow aircraft engineers to teach me is seriously beyond me. Approximately 2 seconds into my lesson, I found myself on the bonnet of a car in the parking lot. That crash sealed the deal and my need to learn to ride a bicycle was a thing of the past.

Why I decided to learn to ride a bicycle?

Turning 40 has given me a new lease on life and I’ve become a bucket list ninja, now more than ever. In addition to that, I had the encouragement or should I say subtle push from Martene Esteves and Manii (Dad blogger behind blog 2 Dads and a Kid). Many people have asked me why I want to learn to ride a bicycle after all this time. Learning to ride is a form of exercise first and foremost. It’s the opportunity to learn a new skill. It will also open the door to more exciting adventures with my sons”.  I’m hoping to inspire people (especially my boys) to realise that we are never too old to learn new things.

My plan of action

I didn’t want to just wing it, plus I don’t have a bicycle or helmet. So after much research, PWC Bike Park came highly recommended. I signed up in the hope of going from zero to hero in a mere five, 45 minute lessons. I seriously doubted that 5 lessons would be enough but Marc Fourie reassured me that all would be good. 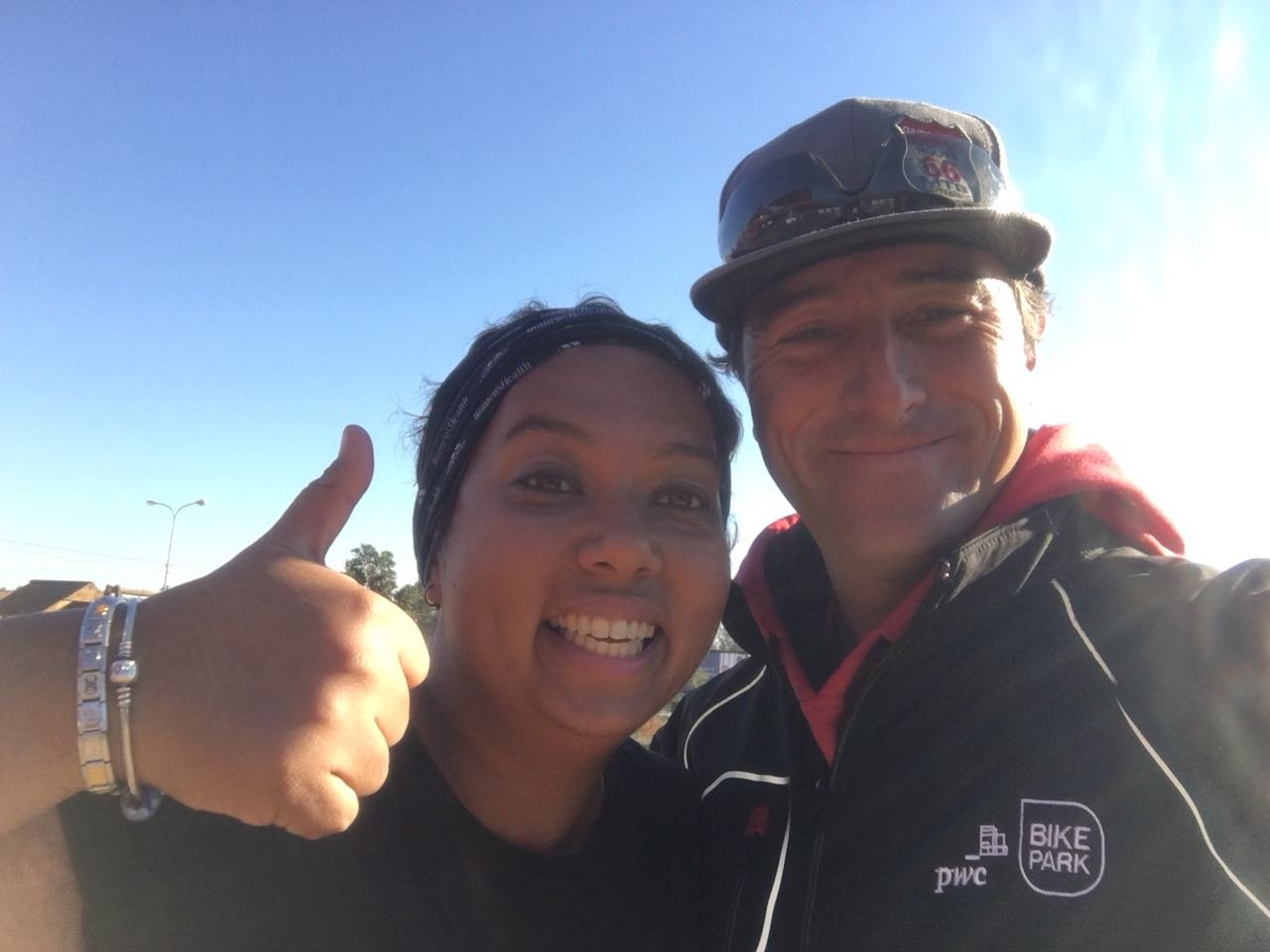 I arrived for my first session with husband and kids in tow. The pressure was definitely on. I mean how could I fail while they were watching, plus they were rooting for me. Marc set me up with a helmet and a bicycle. A bicycle minus pedals, but a bicycle none the less. That first session focussed on me working on my balance and co-ordination. Both of which I thought were attributes I seriously sucked at, but not according to Marc. That first lesson was intense and had me build up a sweat but Marc’s approach made total sense. He is super patient and encouraging and it made the experience so much easier. Now, the one thing I was never ready for was the excruciating pain experienced by sitting on a bicycle seat.

As much as everyone said that I would get used to sitting on a bicycle seat, I was taking no chances. I headed to the shops and bought a silicone padded bicycle seat cover. I arrived at PWC Bike Park on a very crisp Saturday morning. Helmet on, seat cover fitted and bicycle seat adjusted. I was ready to do this. I progressed from a bicycle with no pedals to one with the right pedal. I did a few practice rounds before Marc fitted the left pedal. Then the strangest thing happened. I was riding a bicycle and I have video footage to prove it. Not perfectly but I can ride a bicycle. I left PWC Bike park on such a high because these little victories along the way make my journey so worth it.

The padded seat cover was a definite win and made a huge difference in terms of me being comfortable. I was definitely less sore at the end of my lesson. On the down side, the seat cover moves around and was a bit of an annoyance, so I’m thinking that padded tights will be the best possible solution. Marc advised that I shouldn’t use both at the same time as the tights would stick to the seat.

I still have a few more lessons which I’m super eager to attend. I’m hoping come lesson number 5, I will be able to pop a wheely (NOT!!). Just kidding guys! I do recommend that you watch this space, as one may never know if I will consider entering a race or two, but lets first complete lesson 3 to 5. I’d love to hear if you have been faced with a similar situation, so please share your experience by leaving me a comment.