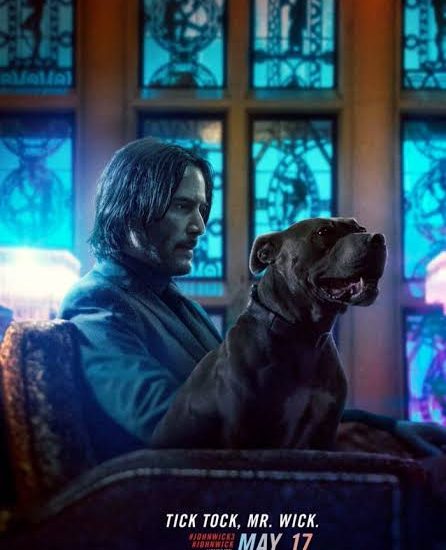 By: fitlikemummy
In: Fit Entertainment, Reviews
With: 0 Comments

The much anticipated John Wick 3 – Parabellum opens in cinemas around the country today 17 May 2019. On Wednesday evening I was fortunate enough to attend the VIP Premier of the 3rd installment of the John Wick series.

The star studded movie premier was heavily attended by several SA celebrities. The Voice SA, Top 16 finalists were in attendance. Actors from the Binnelanders and Getroud Met Rugby were also there. Chris Jaftha was also in the house and was his usual friendly self. There were even rugby players, soapie stars and musicians who attended. Media and us bloggers babes also formed by of the impressive VIP guest list.

We were treated to snacks and drinks prior to the screening of the movie. When I found out that Simply Asia Fourways was doing the catering, it was music to my ears. I love their food and the 514 is my normal go to meal. Naked Grouse SA handled that bar side of things. Even though I’m not a big drinker, I love the truth or dare concept.

Most people followed John Wick’s signature look and wore black to the VIP Premier, but I opted for a splash of colour.

I’m no die hard John Wick fan, but have watched 1 and 2 leading up to the premier. When Mr. Wick’s puppy was killed, I was instantly gripped. The continuing theme of the dogs in the John Series is a clever direction that’s definitely broadens the target market for the franchise.

John Wick 3 – Parabellum wastes no time as it picks up immediately from where 2 ended. The super assassin is now excommunicado and on the run as a $14 million bounty has been placed on his life. As assassins from around the world attempt to hunt and kill John Wick, he does what only John Wick can do. Let me just say that the violence and mayhem is a combination of 1 and 2 on steroids. The fighting scenes have been amplified, that it’s no wonder that combat training undergone by the actors was intense as it has been. Chapter 3 is indeed extremely over the top and combat heavy. It’s more than two hours of absolute and utter mayhem.

I love the addition of the two bad ass babes, Asia Kate Dillon and Oscar-winning actress, Halle Berry. Berry took on the role in its fullest capacity and got super fit for John Wick Chapter 3. She trained several times a day and even trained like an MMA fighter. The 52 year old actress took things to the next level and her showmanship is commendable.

I love dogs, so the fact that the theme of puppy love continues through to Chapter 3 is an absolute win for me. Aside from Wick’s gorgeous pit bull, there is the addition of two Belgian Malinois. Halle Berry had to work with the dogs for months until they actually became her dogs. There was no trainer on set and the dogs actually obey all her commands. Now what makes you think I am a Halle Berry fan?

John Wick 3 has a few flaws in terms of the depth of the movie, but definitely delivers on what’s probably the most insane; heart racing; jaw-dropping, ultra violent scenes ever. The movie is worth a watch thanks to the wow factor Sci-fi which takes things to the next level.

Catch John Wick : Chapter 3 – Parabellum at cinemas near you from today.

2019-05-17
Previous Post: What Emotion Did Mother’s Day Evoke for You?
Next Post: FIBO Global Fitness Africa is Back and I Need Your Input