Well its only the first pic that leaves you horrified and shocked. Well maybe mortified is a better word. The situation however improves from there on and at least when you look back you will see how far you have come and what an amazing journey you have had.  The pic below is my starting point point for Fit Like Mummy, what I learnt after that that the scale is the devil, so screw the scale.

So a few months ago l said goodbye to my scale, because frankly it was driving me insane. The numbers were refusing to budge and I found myself frustrated and so so despondent. The weird thing though was that my clothes were looser. So I was obviously losing centimeters and building muscle at the same time, but I, like most people out there, wanted to see it on the scale. For all these year l had associated my worth with that damn number on scale.

Finally, I’ve realised that the number on the scale wasn’t as important as being healthy and fit. So instead I’ve choosen to focus on my health and fitness instead of my weight. So as they say, the proof is in the pudding. Below are my pics taken monthly from January until April. My initial weightloss was rapid, but then again l had alot to lose.

This is my progress after one month of home workouts. I promise to never underestimate a homeworkout ever again. My weight is the same in all the pics below 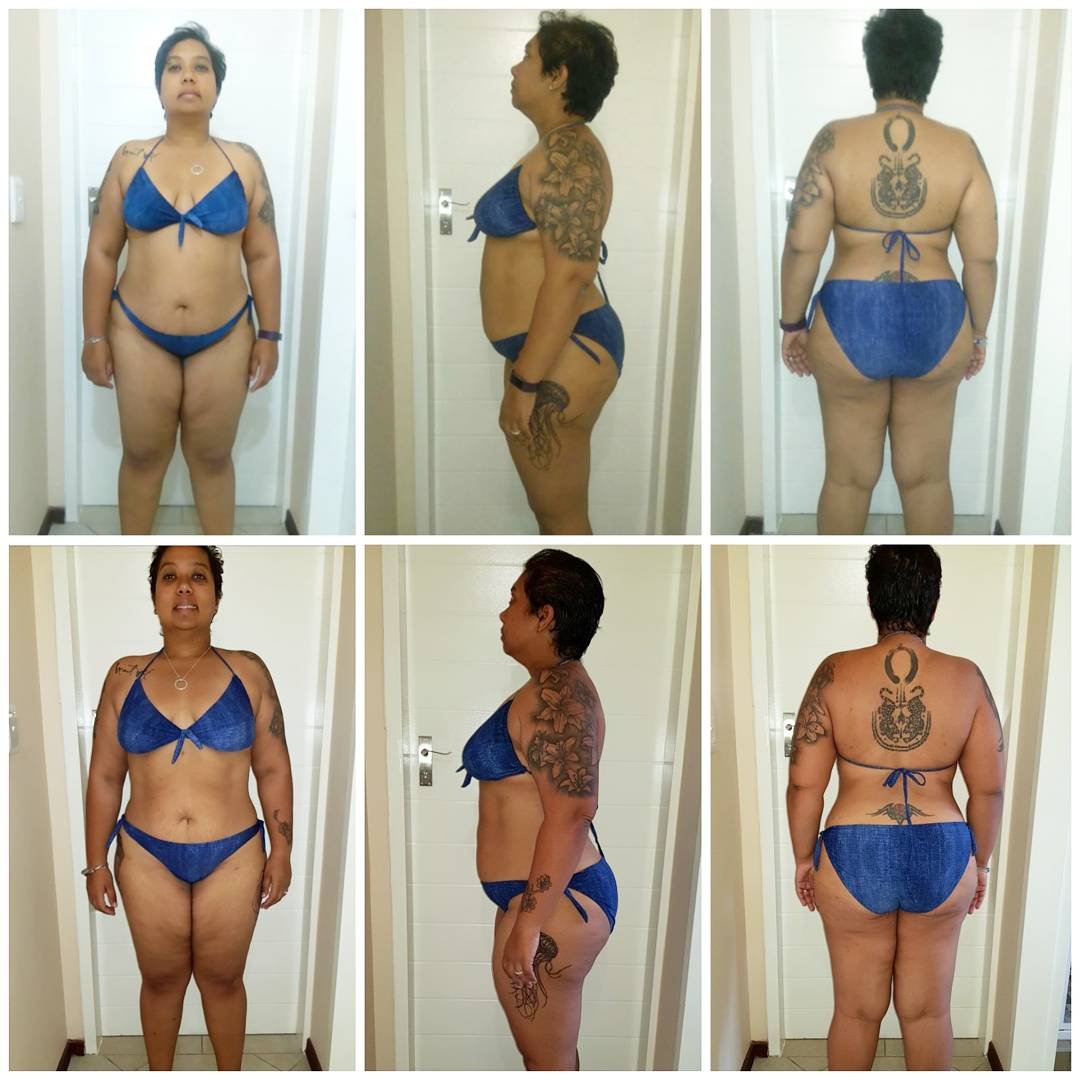 Aside from progress pics, I also use my clothes as a judge in terms of centimetre loss. It is hands down, the most amazing feeling to put on a piece of clothing that no longer fits because its too big. I think I’m going to hang onto these old jeans for a tad longer for some additional motivation.

So don’t let the scale get you down. You dont need to get rid of it completely, maybe consider weighing less frequently. Focus on making small changes and loving the skin you are in. Nurture your body with good wholesome food and everything else will fall into place.