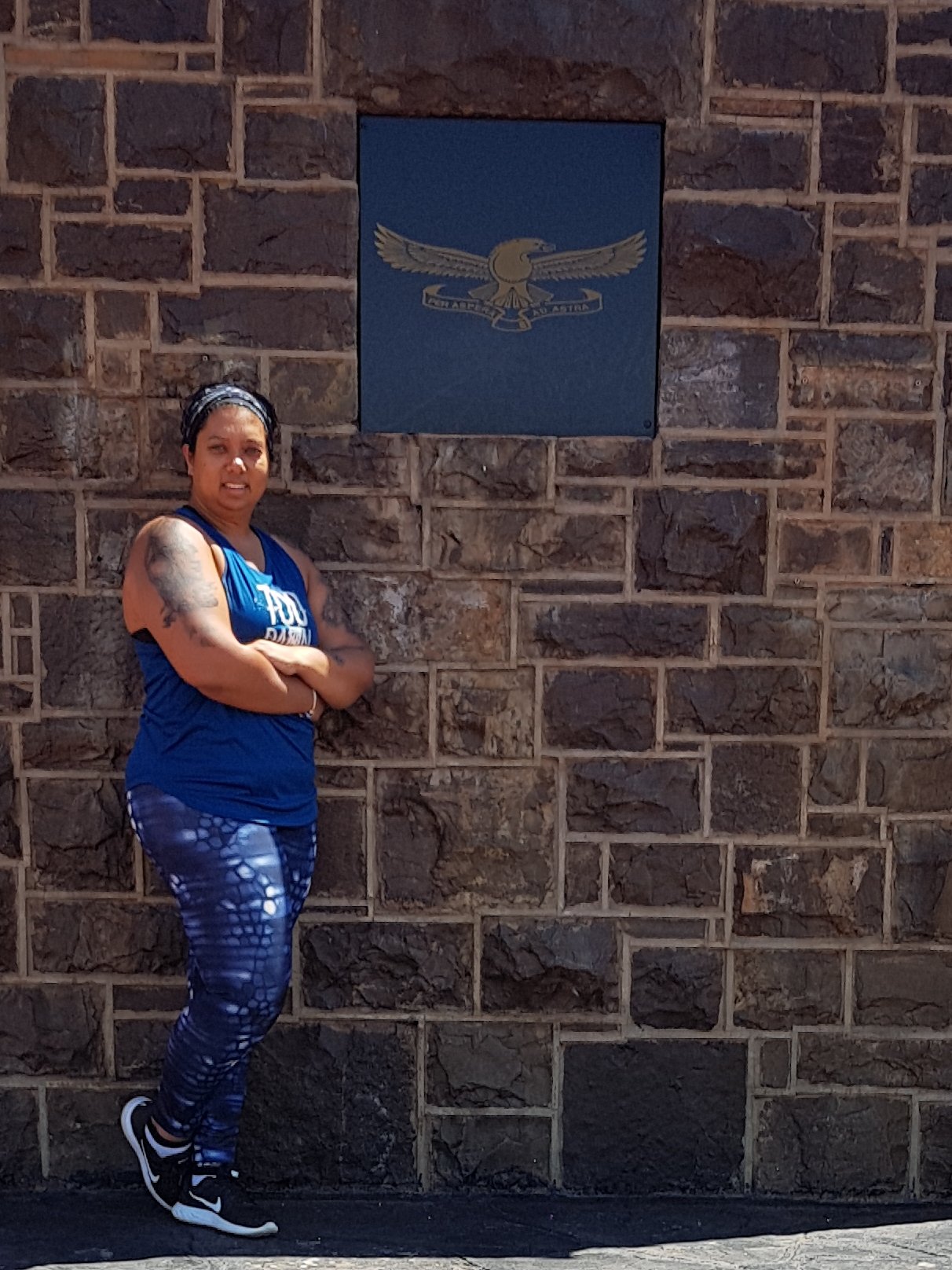 By: fitlikemummy
In: Featured
With: 0 Comments

The 14th of January 2018 marked my 20 year career milestone in Aviation. Looking back, my spontaneous and desperate decision to join the SAAF was the best decision I ever made.  That’s why celebrating 20 years in aviation is a momentous occasion for me.

It was  April 1997 and I was 19 years old.  I headed to Pretoria because I wanted to join the South African Air Force. It was an opportunity to study and earn an income at the same time.  I immediately applied to the SAAF and not long after that I had my interview.  In December 1997 I received my letter to say I had been accepted.

I started Basic Military Training on 14 January 1998.  This young Indian girl from Durban who had no idea what she had signed up for, was heading to the military. Firstly, my Afrikaans sucked. Secondly, I didn’t take orders too well.  Thirdly, I’m as stubborn AF. Fourthly, at that age I was a rebel with a cause.  I arrived at the SAAF gymnasium with a suitcase, iron, ironing board and cleaning material.  Now let me tell you, if you want to get fit then the military will whip you into shape in 3 short months.  You literally run your ass off while being screamed at all day long.  Singing for your food, while doing everything at the speed of light is the norm. Even though it was super tough, I was left with the fondest of memories.

The kids and I went to the SAAF gymnasium last week, so that I could show them where it all began for me and so that we could walk that very path from my first day again.

I passed military training and then started my studies towards a qualification as an Aircraft Instrument Mechanic. After 3 years of exceptionally hard work, commitment, dedication and having to prove myself daily (because I was a woman in a male dominated environment). I qualified as an Aircraft Instrument Mechanic on the C-130 aircraft at 28 Squadron, Air Force Base Waterkloof in Pretoria.

Shortly after that, I left the SAAF to work at the South African Civil Aviation Authority as an Airworthiness Inspector.  Words enough can’t express how amazing this part of my career has been.  My learning curve was incredible and the responsibility of this job was huge, but it wasn’t all work and no play.  Working for the SACAA afforded me the opportunity to become a jet-setter and travel the world.  In the past 14 years I have visited more than 100 cities worldwide.  I have had the pleasure of working with truly knowledgeable, remarkable people who have played a huge  role in impacting my life.

Due to personal reasons, I had to give up my dream job.  It wasn’t just a job, I loved what I did and was truly good at it. Anyway, I resigned from the SACAA and went into a partnership where we owned two Aircraft Maintenance Organisations and a Consultancy.  This was hard work indeed and even though it didn’t work out well in the end, there’s always the opportunity to learn and to grow.

My sons and I relocated to Cape Town, where I was employed as General Manager at an Aviation Company.  I helped run an Aircraft Maintenance Organisation, Aircraft Training Organisation and an Operator.  The exposure obtained while working in the industry was invaluable and definitely serves me well on a daily basis.

Life as an Accident Investigator

In 2012 I returned to the SACAA as a Aircraft Accident and Incident Investigator.  This is a part of my career that was life changing and almost soul destroying all at times.  As an accident investigator you sit there waiting for an accident to happen.  You deal with things after the fact and nothing you say or do brings comfort to the families left behind.  Determining the outcome of the accident, does however bring some closure to them.  During this period I was fortunate enough to be given the opportunity to study towards obtaining my fixed-wing pilots license.  At the same time, there was an unfortunate spate of fatal accidents.

Life as an Accident and Incident Investigator

I spent weekend after weekend dealing with dead bodies, traumatised and bereaved families while conducting accident investigations.  Then came my normal work week where I spent the majority of my time flying.  In retrospect being an accident investigator and student pilot concurrently didn’t make for the best learning environment.  I passed several of my subjects and flew 20 hours, before being medically grounded.  It’s unfortunate that I didn’t get to finish, but I’m super grateful for the  opportunity.

Been there, Done that, Got the tattoo

To commemorate my 20 years in Aviation I got a half sleeve aviation tattoo. The tattoo specifically designed for me is trather details.  It includes thefollowing:-

I continue to work at the SACAA as an Airworthiness Inspector in the Consistency and Standardisation Department.  A career in Aviation is and can be exceptionally demanding.  On the another it is extremely exciting and there is an abundance of opportunities.