Teen Suicide Awareness – Can you recognise the warning signs?

By: fitlikemummy
In: Kids World, Our Mental Health
With: 1 Comment

Teen suicide is becoming more common with each year in South Africa. In fact this past Monday a 13-year-old girl from Pretoria committed suicide allegedly after social media building.

In South Africa 9% of all teen deaths are caused by suicide. The fastest growing age is young people under 35, specifically female suicides which peak between 15 to 19 years. Clearly, teen suicide is a growing problem in SA. However, there is no need to give up hope. Many teenagers that turn to suicide exhibit warning signs that we should all be on the look out for. The South African Depression and Anxiety Group is aiming to stop teen suicide by raising awareness about this very important issue facing South African teenagers. While no two teens are alike, many teen suicides can be prevented if warning signs are detected and appropriate interventions are put into action.

Many teens who attempt suicide, do so during a crisis in reaction to some conflict with either their friends or parents. In all honesty, these occurrences are common among teens, but those who attempt suicide are particularly reactive to them. It could be blamed on the fact that they have a long-standing history of problems at home or school and possess a low self-esteem. They believe nobody cares about them and often suffer with depression. Alcohol and/or drug abuse is another contributing factor. The experience of other stressful events in their lives could be another contributing factor. Teen suicide is not the result of the above mentioned only, there are many factors which can result in such acts.

9 out of 10 individuals who attempt suicide have a history of mental illness or substance abuse, making these extremely important risk factors. In saying this it is important to note that one doesn’t have to have mental health illnesses to exhibit suicidal behaviours. The individual may have a deep unhappiness which leads to hopelessness. 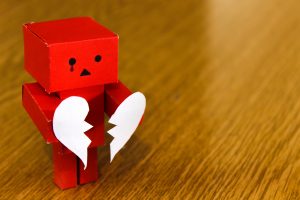 Can you recognise the warning signs of Teen Suicide?

Isolation from family members and/or friends

Talking or writing about committing suicide (even jokingly)

How To Be Helpful to Someone Who Is Threatening Suicide

Be direct and talk openly.
Listen and allow expressions of feelings.
Don’t be judgmental or debate whether suicide is right or wrong.
Get involved by showing interest and support.
Don’t dare him or her to do it.
Don’t act shocked. This will put distance between you.
Don’t be sworn to secrecy. Seek support.
Offer hope that alternatives are available but do not offer glib reassurance.
Ask if you may contact a family member
Take action. Remove means, such as guns or stockpiled pills.
Don’t leave them alone, get help from persons specializing in crisis intervention and suicide prevention.
If necessary get in touch with the police

What You Can Do?

You can call SADAG to talk on behalf of a loved one, colleague, or friend. Trained counselors are there to help and refer you to local counselors, facilities and support groups.